Another week, another Manicure Monday! Today’s mani is interesting — to me — because both of the polishes I used are ones I’ve used before. Since I have well over 1,100 bottles of nail polish, it’s rare for me to go a Monday without using something new. LA Colors’s Twisted Affair and Blue-Eyed Girl Lacquer‘s Prototype PFCS 1.0 have been featured on the blog, but not together. I love how well they pair! I’m wearing two coats of Twisted Affair and one generous coat of PCFS 1.0 on my accent nails, all with one coat of Rica‘s Glossy Glam top coat. Also, to explain the exposed tip on my middle nail, an emergency occurred that required me to don a pair of gloves right after finishing the manicure. Thankfully all the other nails escaped unscathed. 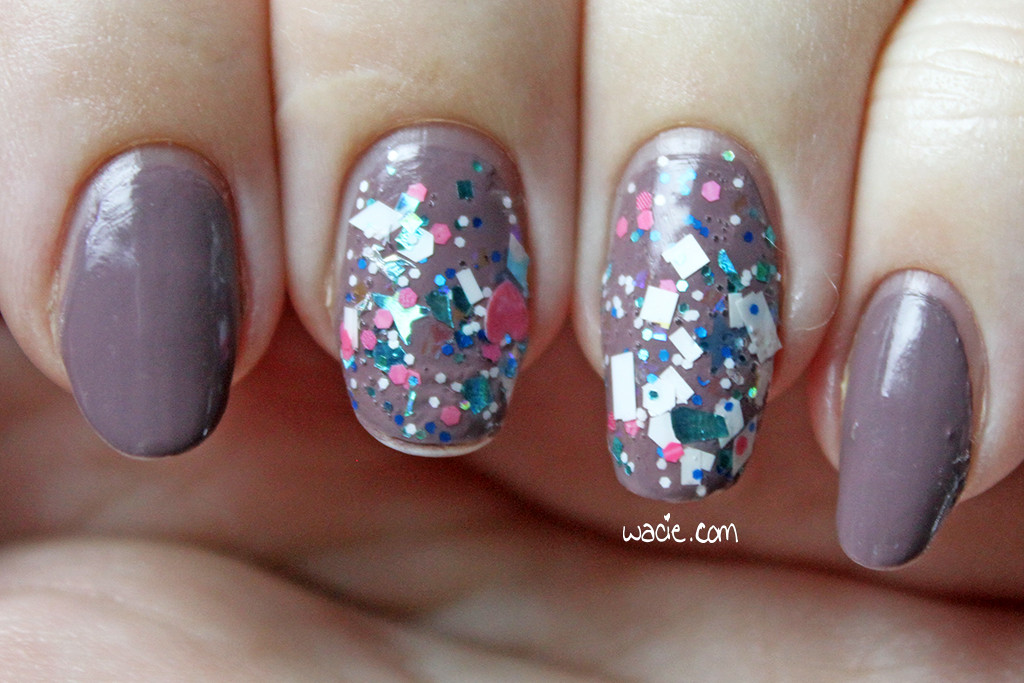 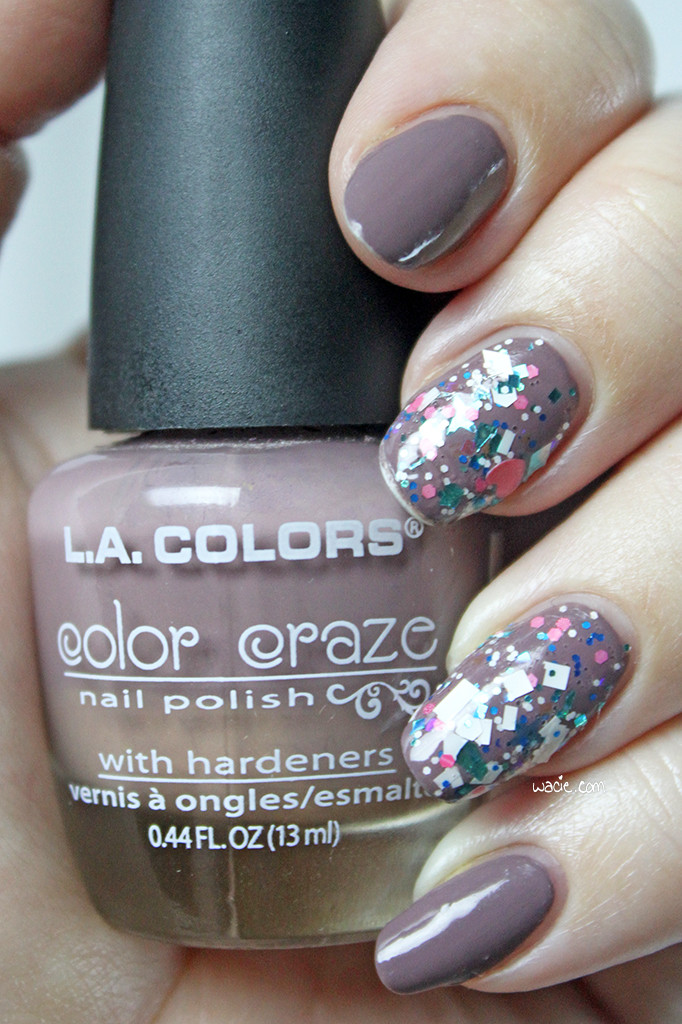 So yes, the manicure. Twisted Affair is a color I like a lot, even though it’s a bit odd. In the bottle it looks like a cool milk chocolate, but in certain lighting conditions t looks bruised and sickly. I don’t mind that it’s occasionally ugly, but when it does, it needs a little help. This is why I chose PCFS 1.0 as the accent; it’s just so complex and colorful. I love looks that are colorful and neutral simultaneously. 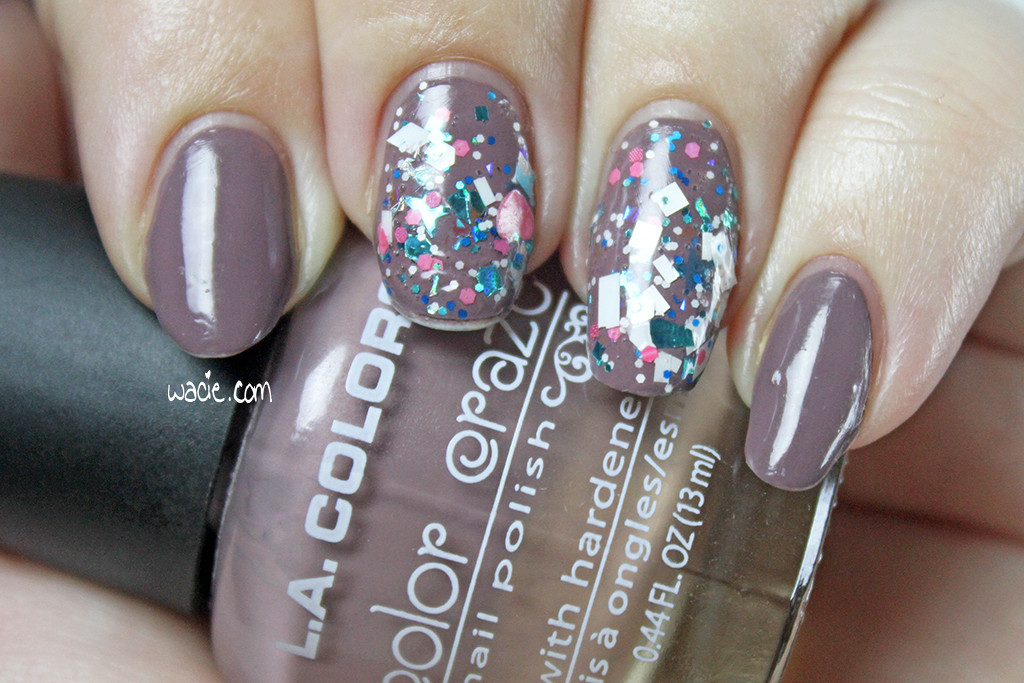 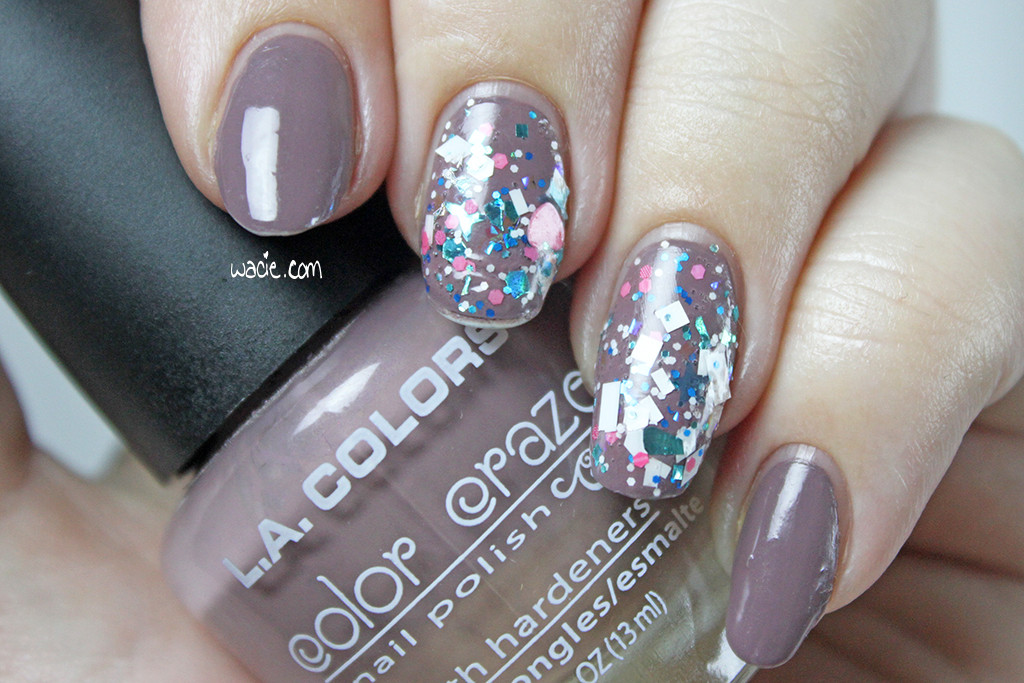 Twisted Affair applies easily and with good color: I expected it to be streaky and thin until the third coat, but I got full opacity in just two. The drying times were nice as well; I definitely bumped a nail on my desk a couple of minutes after I finished painting it and it didn’t dent or smudge. PFCS 1.0 took a little more work; I had to let the bottle sit upside-down for a while to get all the sunken glitters out, and really went at it to get good coverage. This manicure looks exactly as I imagined it would, but I am a little upset by the one that got messed up. 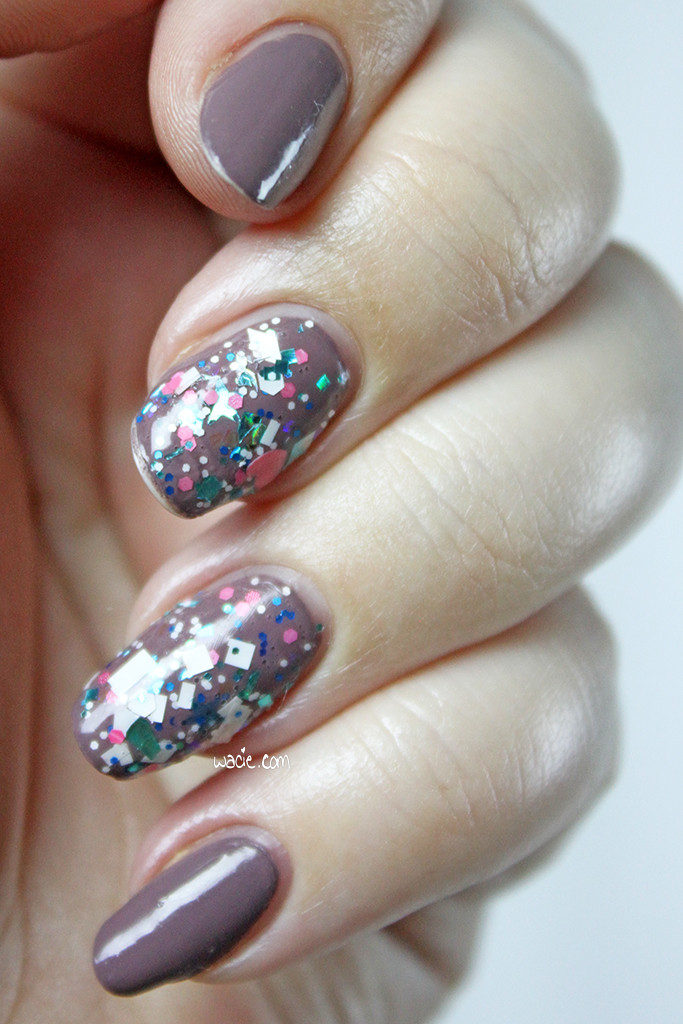 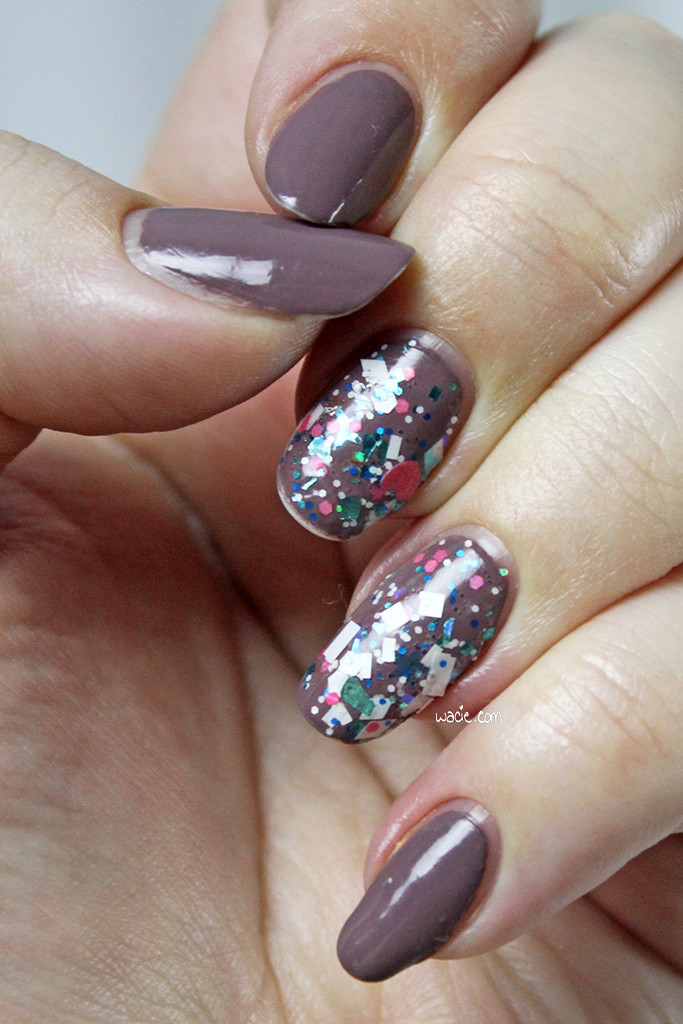 Twisted Affair and other LA Colors polishes are available all over the place; I got mine from Dollar General. Prototype PCFS 1.0 was a one-off and is not available, but other Blue-Eyed Girl Lacquers can be purchased from their shop.