Happy Tuesday, reader! I meant to post this yesterday, but I had the day off and went swimming with friends. That’s also the reason this mani looks a little chewed-up, I forgot to take the pictures before I got in the pool. In any case, here’s a gradient I did with First Frost and The Years Have Been Short, both from Blue-Eyed Girl Lacquer. 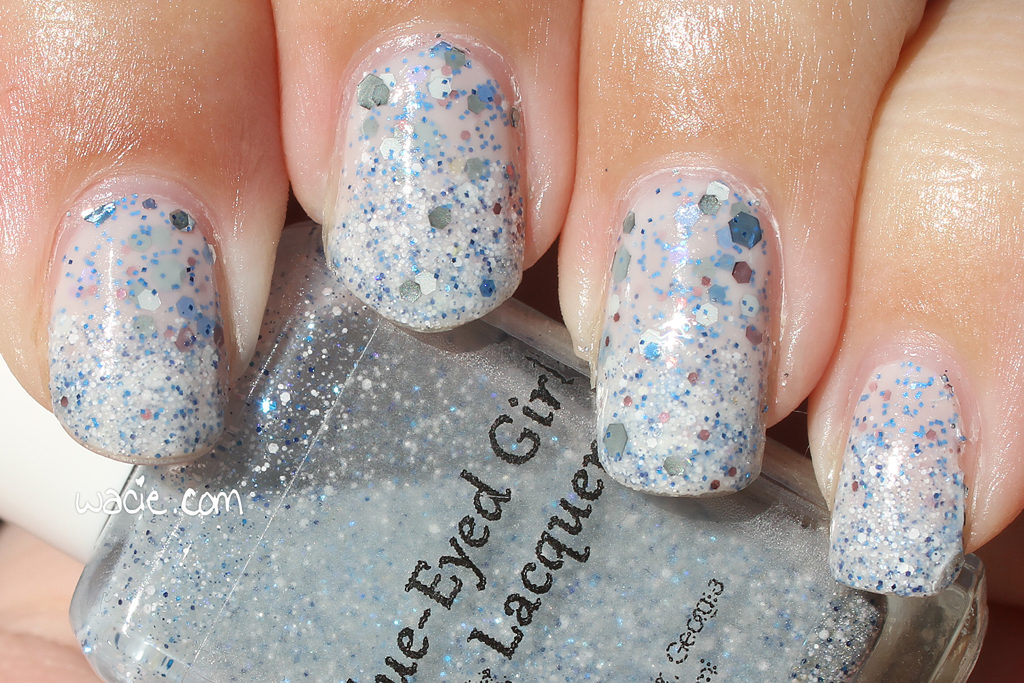 First Frost is still one of my favorite BEGLs, and I was super excited about using it. It was one of the first BEGLs ever made, and one of the first indies I ever bought. I adore this polish, and I loved using it this week. 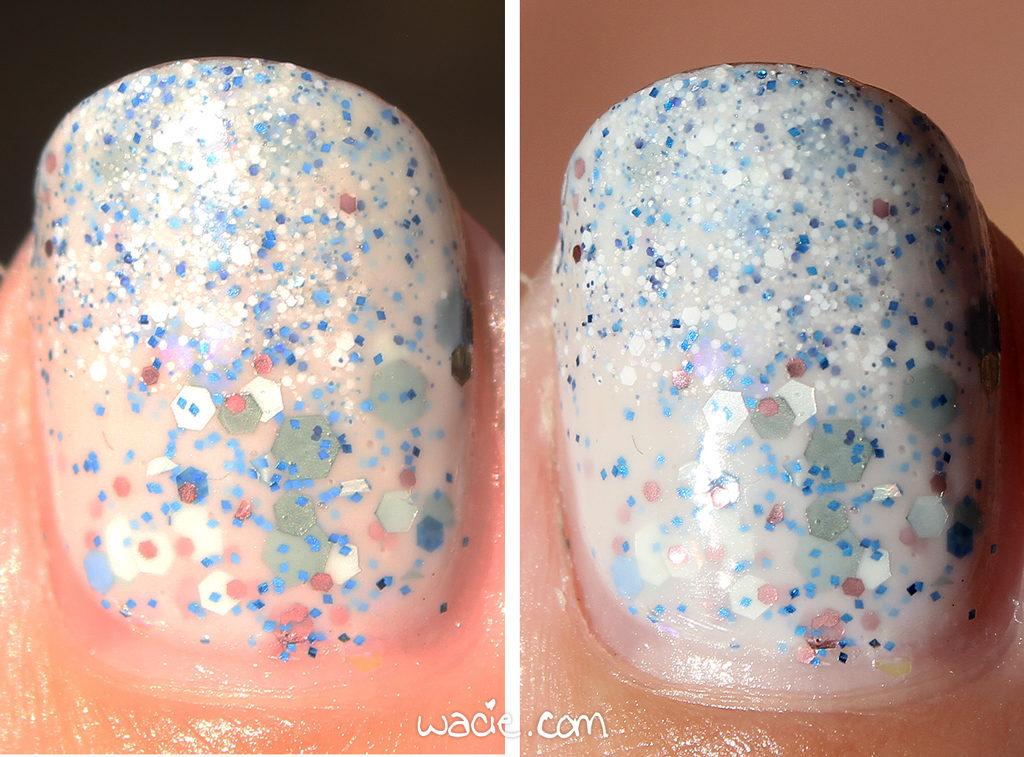 The Years Have Been Short is like a grown-up version of First Frost, if you’re into that. The glitters aren’t as chunky, but the white crelly base and the glitter colors are pretty similar. This was why I paired them up; I wanted a look that was only slightly different, but still very cohesive. 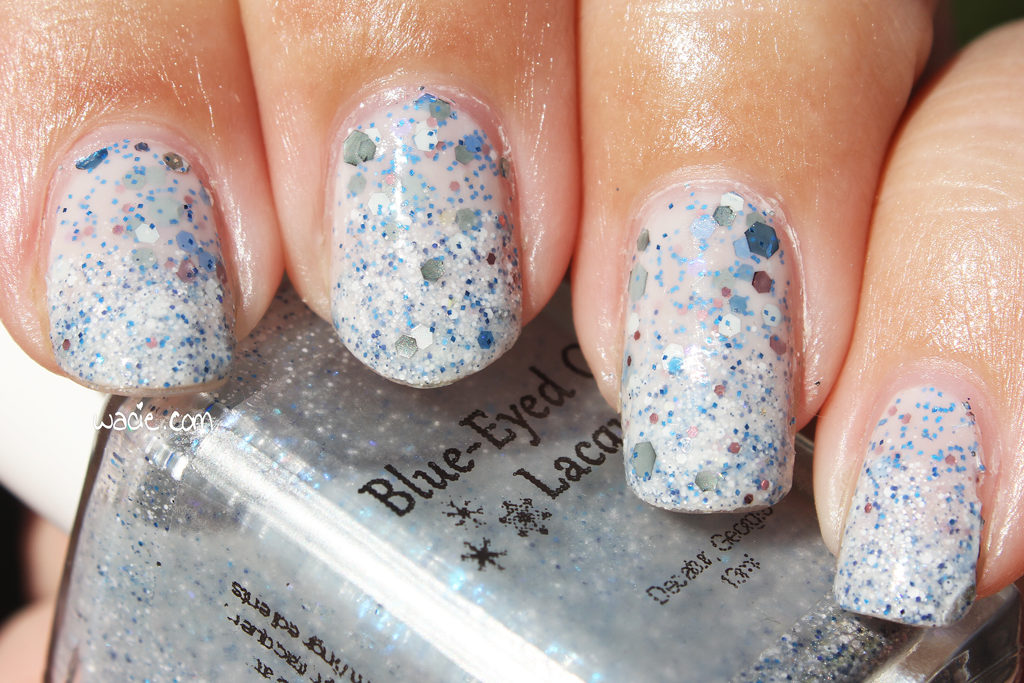 First Frost and The Years Have Been Short were both discontinued by Blue-Eyed Girl Lacquer; other BEGLs are available from their online store.