Welcome to Manicure Monday, which is actually on time for once! It usually gets published early Tuesday because Mondays are dumb and I never have time for everything, but today I do! This week’s was done with MAC’s Neptune and GOSH’s Greed. 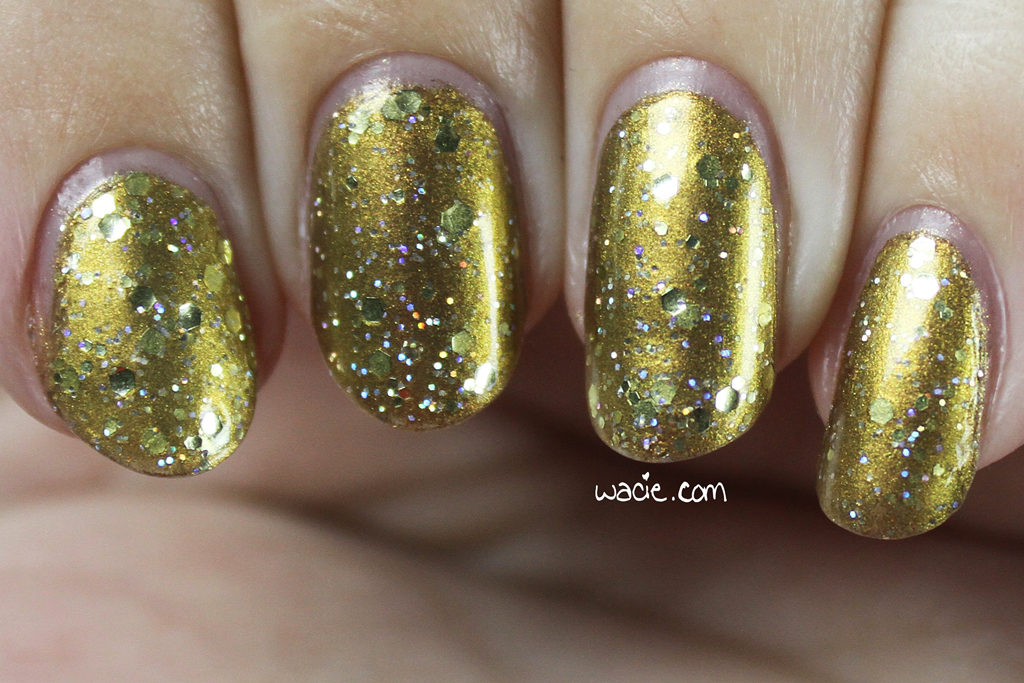 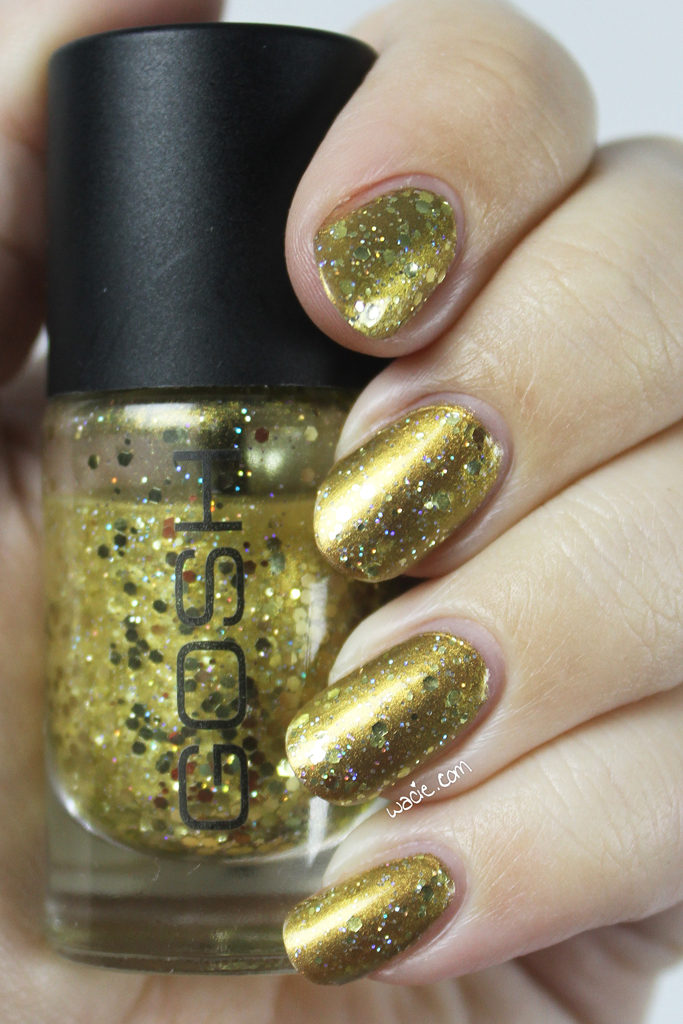 It’s gold and it’s shiny, and both of these polishes are souvenirs from my trip to New York a couple of years ago. I miss New York. Neptune came from the Macy’s flagship store, and Greed came from a Duane Reade in Penn Station. I’m a little ashamed that I can still tell you where I bought everything; I can remember this, but I can’t ever remember to put olive oil on the shopping list. 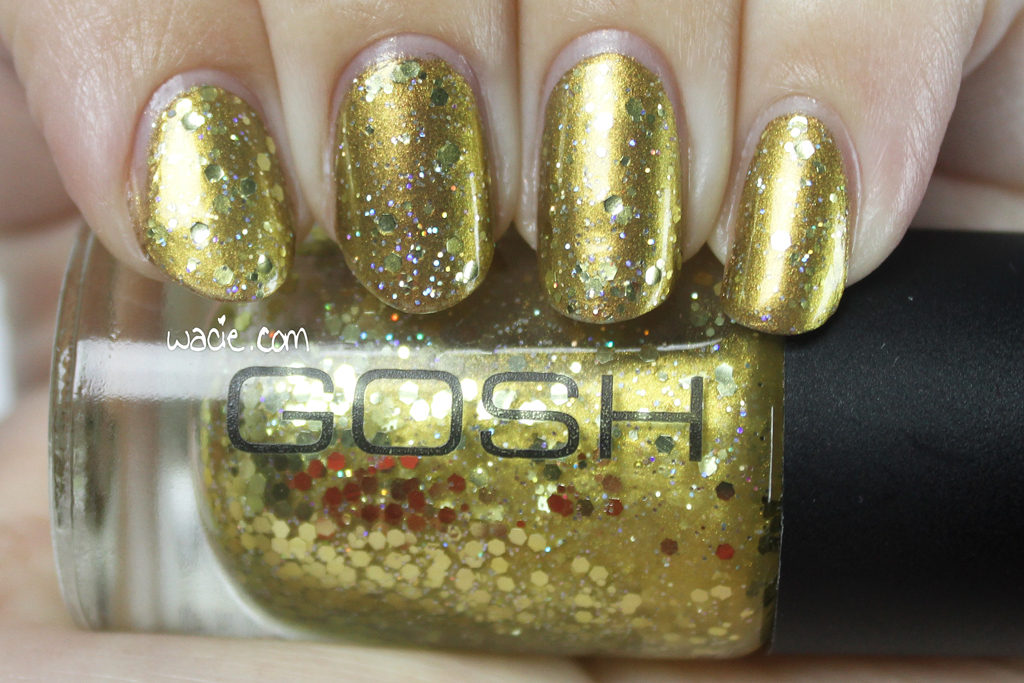 The red is a reflection from my red sweater. 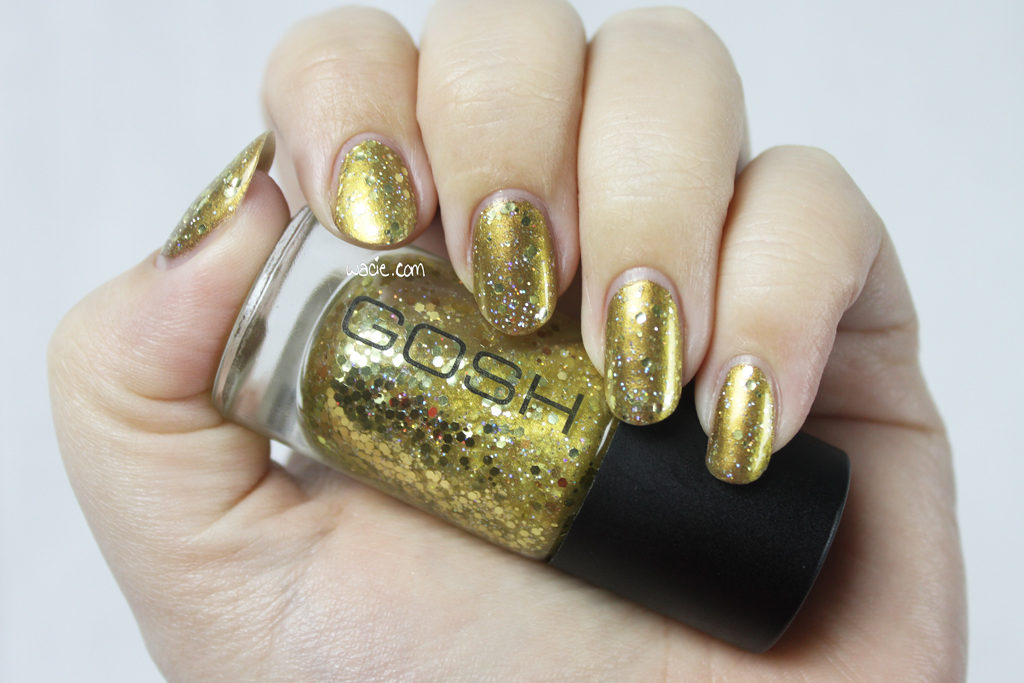 So the polishes are really similar, and that’s why I paired them together. They both have this burnished gold look to them; Greed is a little lighter, and Neptune has a green shift when the light hits it just right, so even though they blend into each other some, there’s enough there to set them apart from each other. At the very least, it’s cohesive and easy. 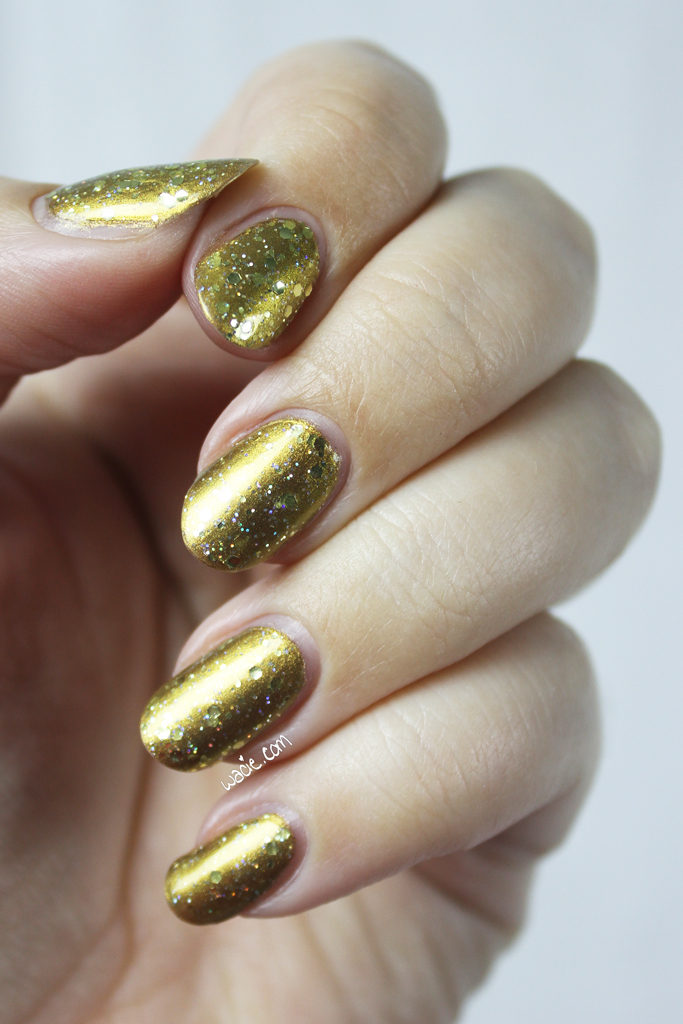 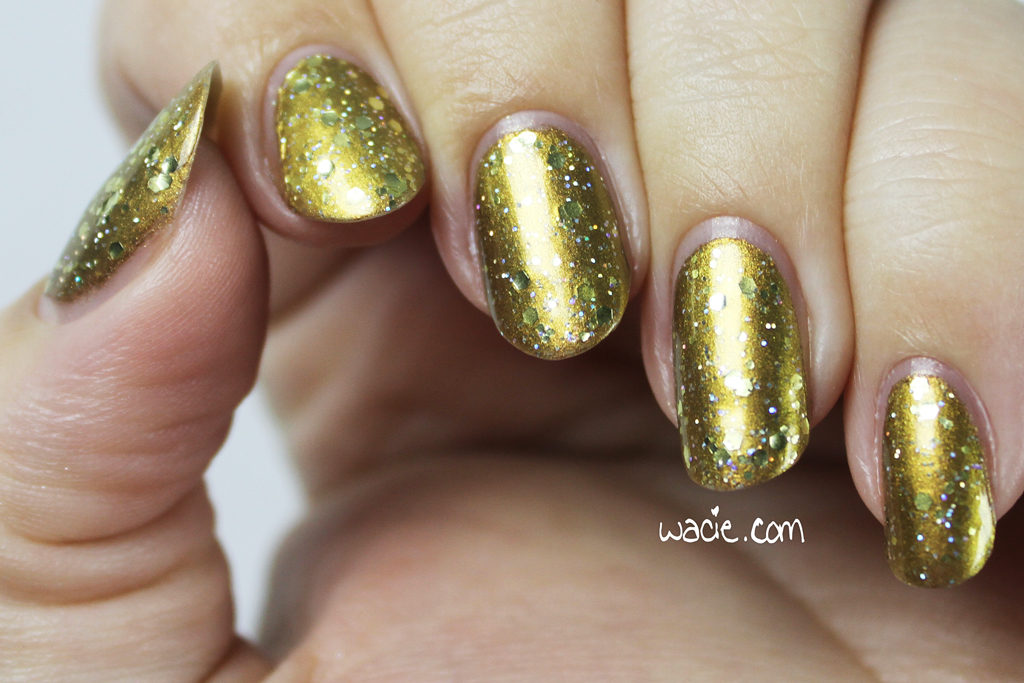 In the sunlight, these glitters really sparkle. It’s easy to forget those silver holo ones are in there because the big gold ones steal the show. These photos were taken in direct sunlight. 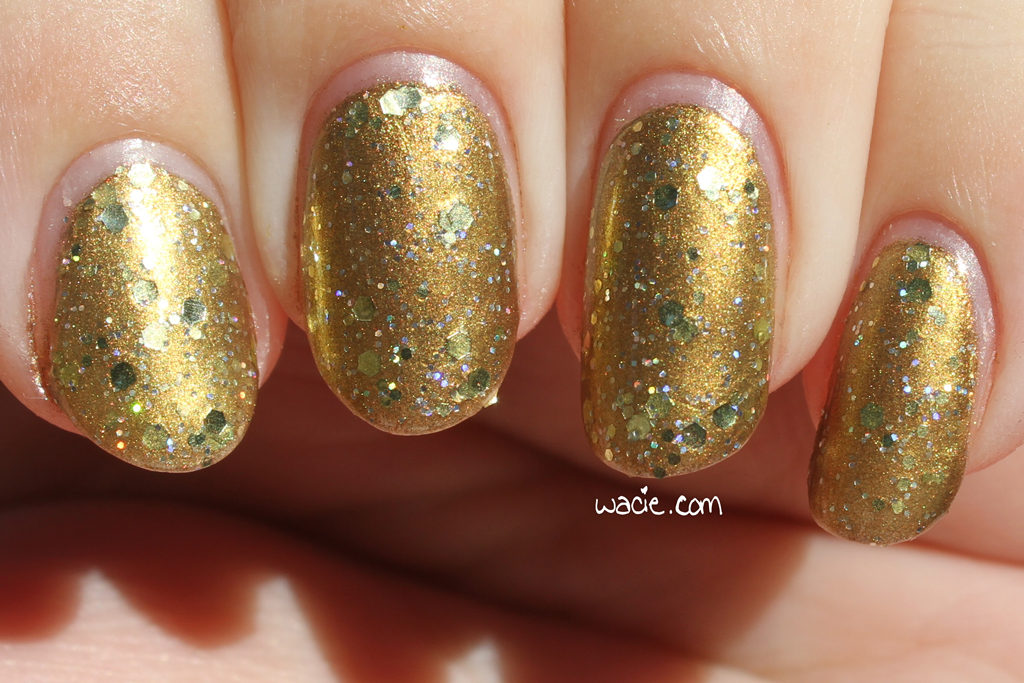 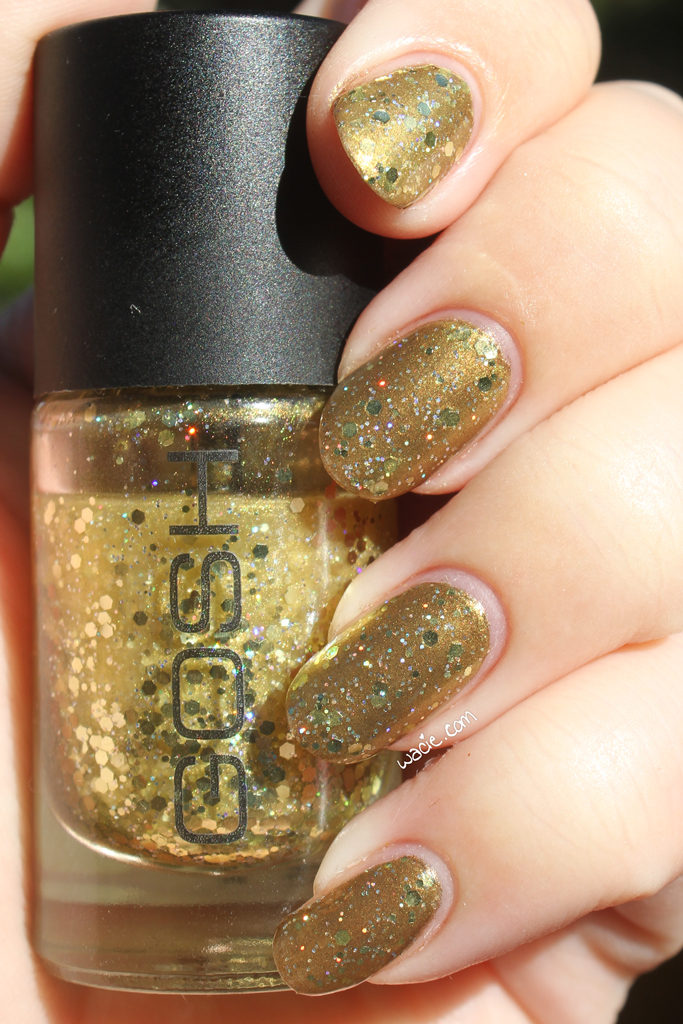 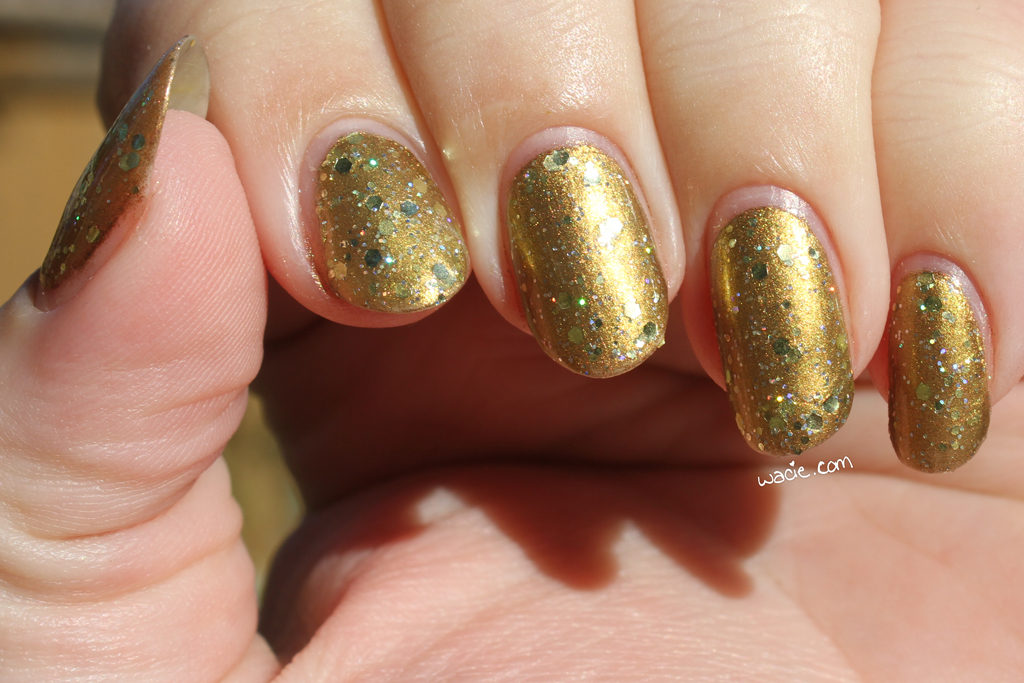 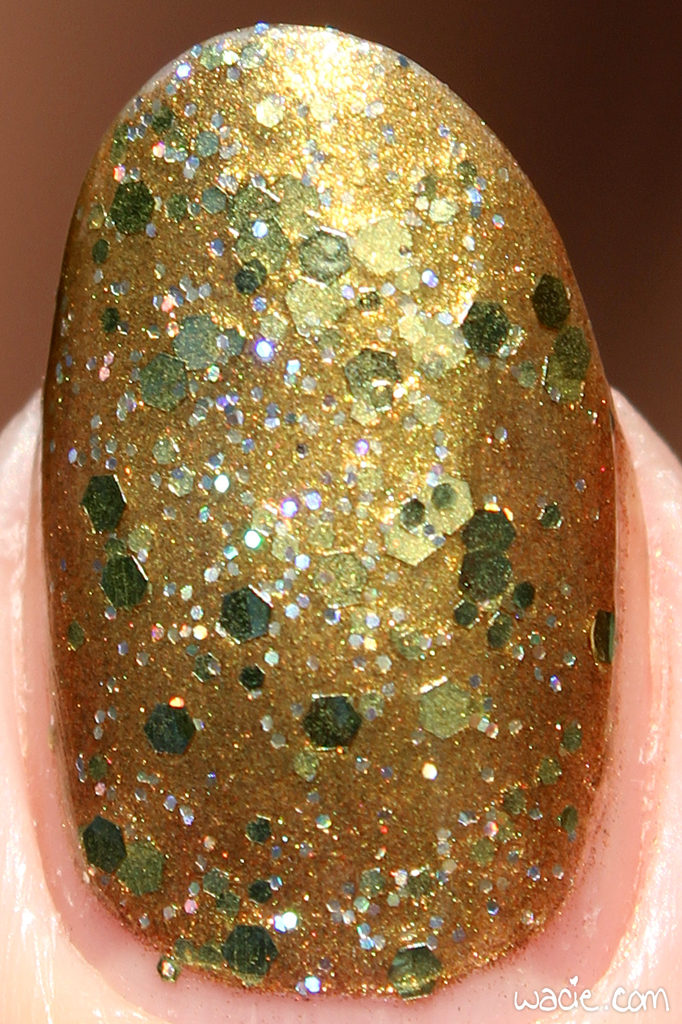 Neptune was a MAC limited edition and has since sold out; other MAC polishes are available at MAC and in some department stores. I’m not sure where to tell you to get GOSH polishes in the US, other than Penn Station Duane Reade.