I broke a nail Sunday night. I was reaching for something, hit my pinky nail on it, and it just popped off. I couldn’t even save it. It broke completely off at the nail bed. I had to cut them all short. My nails haven’t been this short since I moved out of my apartment and broke every nail taking posters down. My fingertips touch the keyboard keys when I type and it’s weird. 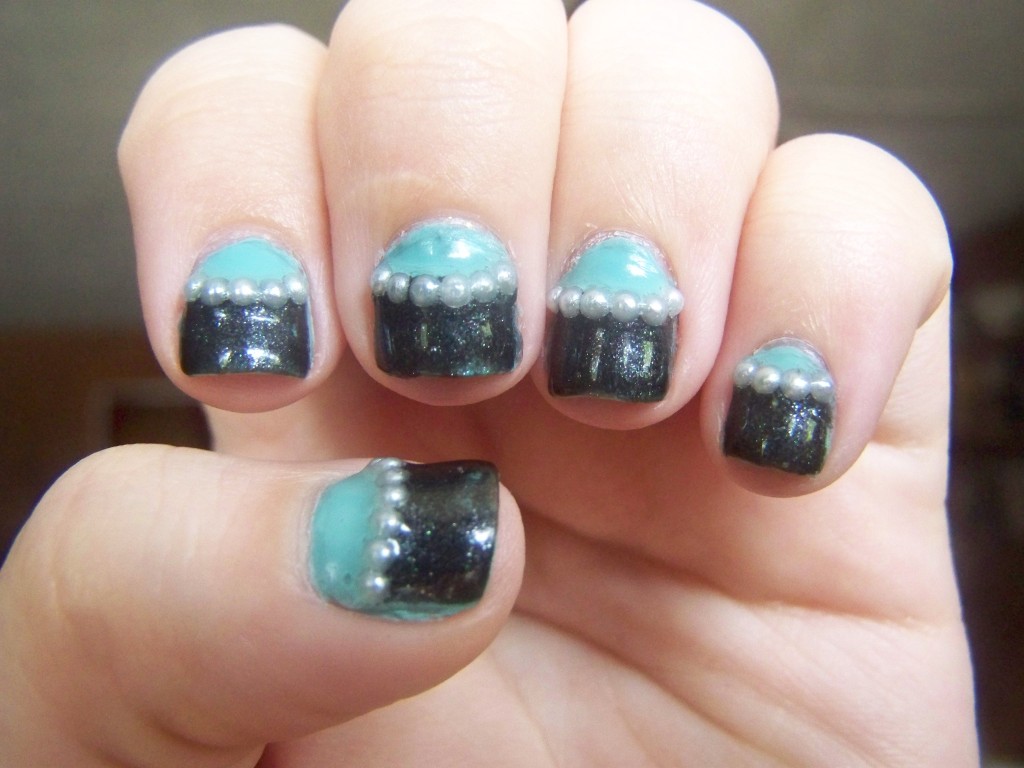 This is the nubbin version of the manicure I had planned for my long, beautiful nails. I almost didn’t do it, since I thought it would look strange on small nails. And it does, kind of. I think the design probably exaggerates how short the nails are, and I almost did give up on the pattern to do a solid black, but where would the fun have been in that? Even nubbin nails deserve to be pretty.

Nubbin nails are no fun, but they’ll grow back.